Episode 138 The Diary of an Emotional Eater: Unbelief

How are you? My name is Tammy Marshall, I’m the creator of the UnEmotional Eater Protocol.

I’ve missed you all. Things have been crazy, and I’ve been getting a lot of things done, which is going to impact you, which I will tell you about as we go along.

I’m in the shower in the mornings and God just gives me thoughts about we are going to talk about for the day. I work a lot around belief, and actually I have a group that I’ve been running called the ‘The Hundred Day Challenge’ and in there I just wrote ‘How is Your Belief?’ I realized for years, being an Emotional Eater and chronically being overweight anywhere from 20 to almost 100 pounds. I can’t believe that happened, but it was about 80 pounds but still a lot for me.

What happens, especially in the whole diet fail cycle, you start to believe that it’s not going to happen for you. You get your hopes up but at the same time, not really, because it’s not worked so many other times. So, when I said, “how is your belief?”, it just hit me.

God talks to me in scripture, so I just want to share this scripture although it’s not normal with me, but anyway is says in Mark 9:23:

Immediately the father of the child cried out and said with tears:

“Lord I believe, help my unbelief”

If you’ve listened to me you’ve heard me talk about that moment in the mirror when I had a complete meltdown. I had that entire moment in front of the mirror where I said to myself, “No matter what you eat or don’t eat. No matter what you weigh or don’t weigh, I’m going to stand here and love you.” What that did, it shifted something me because for the first time I had belief. I knew for the first time we were going to get out. I knew that my life wasn’t always going to be like this. In that moment I didn’t know how it was going to work I just knew I was coming out.

That is the thing that I would tell you to check in your own heart.

How is your belief?
That is the other piece, if the undercurrent is “this probably isn’t going to work either” then it’s not. I’m going to be honest even if it does work, we create a way to sabotage it because it’s almost like there is a virus in our internal computer.

Let’s say there is a virus in the background of a spreadsheet. You can put the right data in all day but when you go to calculate if there’s a virus so it’s going to do crazy stuff. Sometimes you know it, and sometimes you don’t. It leaves you walking around with bad information because there’s a virus changing the outcome without your knowledge.

I was also convinced I was addicted to sugar. I know there are some of you who are going to gasp at this idea. That maybe sugar doesn’t really have that much power maybe it’s just the belief that we give it. We’ve been told sugar has that much power and then we begin to act out as if that were true. I realize those are radical thoughts, I’m telling you.

I am in the middle of leading a group right now because part of it is understanding your Identity. It is that place where you begin to Identify with being a compulsive eater, binge eaters, not being able to lose weight, control food or control emotions. THAT becomes our Identity. I have a group right now in Week 3 and that is what we’re focusing on.

What is the Identity of a woman that is healthy & strong?

We all want to be that, but the reality is that we also have some pretty harsh beliefs about those folks.

If I had been drinking, I would have spewed my water when this woman said, “Oh yeah those people have a stick up their rear”. The truth is we have some pretty harsh beliefs about people who we deem as healthy and strong.

In comparing ourselves to others we’ve created all kinds of stories in our head in order to make that divide that we’re not like them and furthermore we will never be like them. The reality is at the same time we long to be healthy & strong whatever, that definition is for you.

This belief: “Lord help my unbelief”

That is one of those key pieces that I “got” that I didn’t even realize I had got. Knowing that God wants you to be whole and that your body already is. It’s figuring out what’s your way and releasing the things that are holding you, that have you tethered to it. That is the stuff that I do. Personally, I needed real tools because like I said I couldn’t do platitudes, white knuckling, and sucking it up! That stuff didn’t work for me I just I needed more willpower.

I know all kinds of tricks to get around cravings, but food was way harder than anything else I’ve ever had to change. At the same time, today I stand here grateful because I understand that God was trying to give me a bigger picture and so that’s the picture I try to share.

One of the things I’m working on is a group as Facebook continues to change. In the group we can be a little more open so that it’s not in such a public forum. As soon as I get that finished hopefully today, I’ll start putting the link up so you can be in the group if you would like to:

I’m all about setting the captives free and we truly have become captives to food and it just doesn’t have to be. Today I know there is a different way.

Anyway, so love you ‘all. Go love on somebody else today. I always tell you to be sure and love on yourself.
It’s one of the things we as ‘Emotional Eaters’ tend to love on everybody else and forget to take care of ourselves. I would ask you to go and love on yourself. Make sure that you are cared for and tended to. One of those ways is by making sure you are fed well and get good sleep, that you are meeting those basic needs.
This is a broad stroke statement but we kind of have a tendency to take care of everyone but ourselves and so be mindful of that.

The thing is it’s a big crazy world out there, so a simple act of kindness goes a really long way. A smile, a thank you, opening a door, putting somebody’s shopping cart back or just doing some acts of kindness to just let people know there is love and light still left in the world.

Anyway, go and have a blessed day. See you! 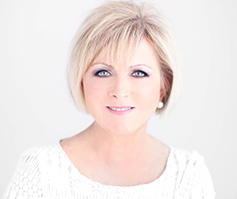